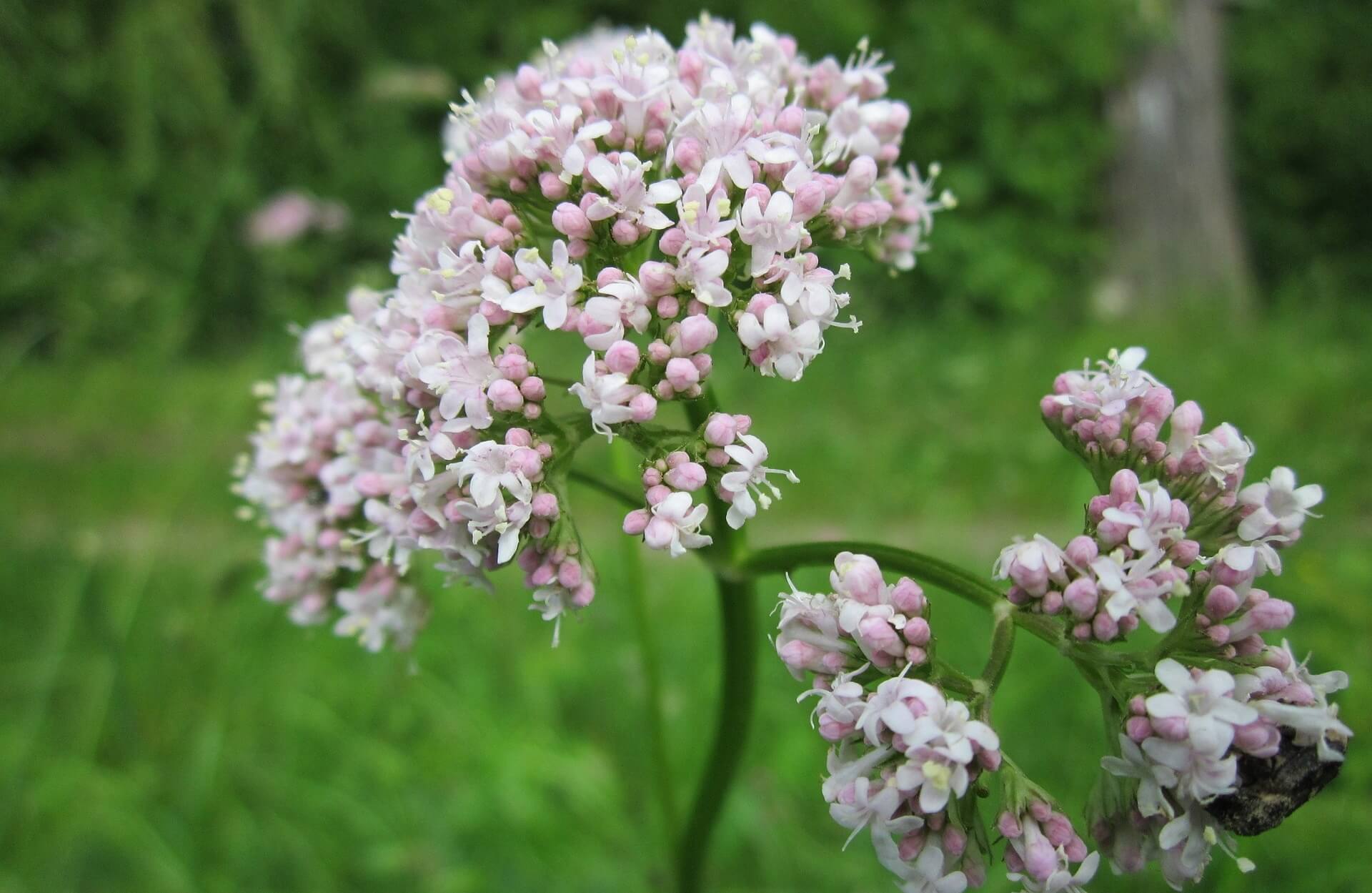 Many of you are probably familiar with Valerian (Valeriana officinalis), or have at least heard about its benefits. It is a popular herb, especially in Europe, where it is one of their top selling medicinal herbs. The main reason for its popularity is its ability to fight insomnia. That’s not all it does though. Valerian acts as a natural relaxant, effectively relieves anxiety, reduces pain and of course promotes sleep. Happily it possesses none of the side effects of sleeping pills.

The nice thing about Valerian is that it will not make you sleepy during the day; it will just help you relax.  Scientific studies have shown that Valerian works to promote relaxation by working with the nervous system to calm the brain and relax tensed muscles.

Valerian is a perennial flowering plant, with the rhizome containing the medicinal aspect of the plant. It grows 3-4 feet tall, and has small flowers tinged with pink, that bloom from June to September. It is native to Europe and Asia and has been naturalized in N. America. It is also known as All-Heal.

You can make a tea from the dried rhizome. The tea has a sweet and spicy taste, although the smell is a bit strong. To make a tea, use the infusion method with 2 teaspoons of herb per cup of water.  For tea, have three cups of tea a day. If using it as a sleep aid, drink a stronger cup of tea a half hour before sleep.

You can also take Valerian in capsule form. For caps, start at four 500mg caps before bed and work your way up to find the dose that gets you to sleep.